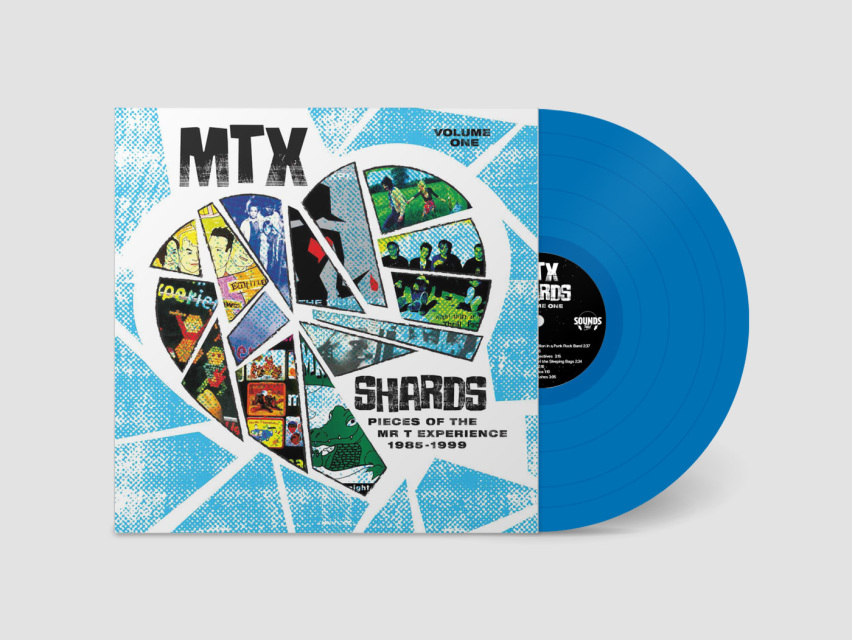 This little gem sold out fast! Only 200 copies of the 1st pressing were available via Sounds Rad. An additional 50 copies were released to the band for shows in June/July. The only way to get your hands on a copy is by going to select retailers: Interpunk, Bull Moose, Tower Japan, HMV (Japan), Grooves Land (EU), Angry Young and Poor and more.

MR. T EXPERIENCE, Shards Vol 1. is the first of a two-volume collection of rarities, live tracks and outtakes--versions of songs previously scattered on any numerous of B-sides, and compilations. Shards Vol 1. is the first-time that these tracks have been assembled in a complete format--a must for fans and collectors of MR. T EXPERIENCE'S catalog of songs. Now the collection of rarities has been fully remastered and pressed on 180-gram blue vinyl.