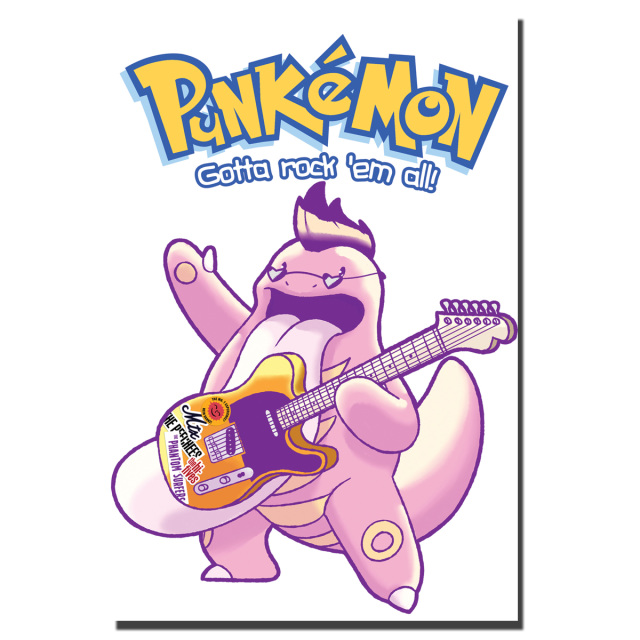 SKU:
$2.00
$2.00
Unavailable
per item
It's Punkemon! in sticker form! Now shamelessly show your undying support for Lickitung by sticking this full-color 4"x6" sticker on a car, a bus, an enemy, or just about anywhere! This sucker has adhesive, so it sticks like a sticker should.

"Punkemon emerged at the end of the last century, from the fevered brain of Lookout Records president Chris Appelgren, inspired by Kasenetz and Katz to fabricate a 'mon-sploitation band dispensing bubblegum for the new era. In-house Lookout stars contributed songs and sounds, but they flew too low, too late. The release was an abandoned dream. Their destiny was the vault. They could have been bigger than the Beagles. These two songs are all that remain."
-- Dr. Frank